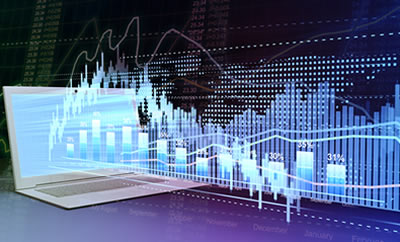 E-commerce is providing individuals and SMEs with unprecedented opportunities to gain access to domestic and international markets. But not all countries in the Asia-Pacific region are reaping the benefits.

Take artisan Mohammed Taushif Ansari, who migrated to Mumbai from north India a few years ago. He turned his craft into his own business - manufacturing and exporting leather garments. Relying upon an electronic platform, he now has his own retail brand, Skin Outfits, and exports to 30 countries (more about his story).

The experience of Mohammed Taushif Ansari is just one of the many success stories of business- to-consumer (B2C) e-commerce. And countries like China are exploring the opportunity to use e-commerce as a tool for poverty reduction.

But there is a catch. If e-commerce is such a powerful tool to boost trade, raise incomes and reduce poverty, why does it only successful in a few countries in the region? Why isn’t it working in the least developed countries (LDCs), small economies in the Pacific? What are the barriers that limit its potential?

A report titled “Embracing the E-commerce Revolution in Asia and the Pacific” jointly published by the Asian Development Bank (ADB) and the United Nations Economic and Social Commission for Asia and the Pacific (ESCAP) answers these key questions. The report shows there are enormous challenges for e-commerce development in many countries, which can be grouped into three categories: economic factors and conditions, legal and institutional environment, and social acceptance and awareness.

The findings of the Report echo the results of the Global Survey on trade facilitation and paperless trade implementation, conducted by all five UN regional commissions and led by ESCAP. The Global Survey pointed out that addressing legal and technical challenges for establishing cross-border paperless trade would have enormous potential to expand e-commerce.

Realizing the full potential of e-commerce calls for coordinated regional and global efforts. The Framework Agreement on Facilitation of Cross-border Paperless Trade in Asia and the Pacific under the auspices of ESCAP provides a solution for the region to move towards digital trade. Among other advantages, it will streamline the efforts in the region on paperless trade, including those made in relation to the growing noodle bowl of trade agreements.

The joint ADB-ESCAP report also examines the potential implications of frontier technologies such as Artificial Intelligence, Blockchains and Internet of Things for e-commerce. To date, these technologies are being adopted by major online platforms to analyse customer online activities, to better understand evolving customer needs, and to offer more convenience for online shopping.

However, new technologies often benefit the rich or a few, at least in the short term, partially because the market prices of new technologies are often high for general public. Take electricity for example, which took 30 years to reach just 10 per cent adoption in the USA.

But it is not all bad news for the penetration of new technologies – which has accelerated in recent years. The telephone took decades to reach half of all households in developing countries before 1900. But, it took less than five years for cellphones to accomplish the same penetration in 1990. Similarly, the number of internet users has more than tripled in a decade from 1 billion in 2005 to an estimated 3.2 billion at the end of 2015.

The big question for policymakers and other stakeholders is how to create a conducive legal, regulatory and market environment which will give rise to more people like artisan Ansari. To achieve this, much more work needs to be done. The good news is that development partners and international organizations stand ready to support countries in their efforts. The Framework Agreement on cross border paperless trade and the analytical work on frontier technologies, are just two examples on how ESCAP is supporting countries in the Asia-Pacific region.